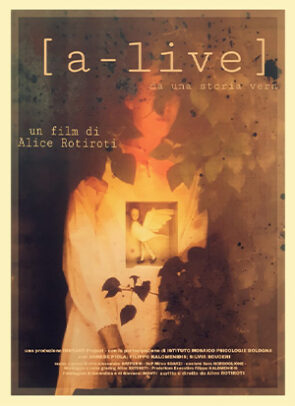 This is an all female project based on a true story, that deals with the question of suicide, of the feeling of absence and loss, and looks at how Art can be used as a way to save and heal.

Vania is a young woman who is concluding an unfinished work of her mother’s, who had died years before in a car accident. The work is an investigation into the lives of 8 famous artists who committed suicide (Silvya Plath, Marina Cvataeva, Sarah Kane, Amelia Rosselli, Antonia Pozzi, Roberta Tatafiore, Francesca Woodman and Diane Arbus). Carrying out the narrative research of the mother brings her close to that world where questions are left unanswered, and makes her question every aspect of her own existence, to the point where she herself falls into a lucid, psychotic and emotional short circuit where she contemplates and plans her own suicide.
Will this immersion into an art so pure as to prevent any compromise with reality be Vania’s salvation or end?

Even though it starts off telling a real story, the a-live approach is deliberately visionary and dreamlike to underline the fact that the unconscious mind becomes accessible through symbolism, associations and myth.