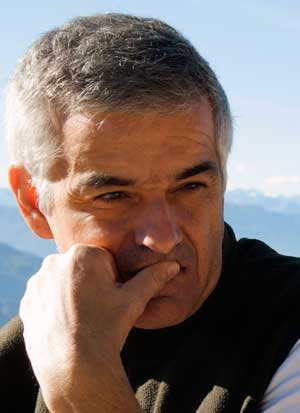 Journalist and director. He directed ' La grande sorella', set in India, about the stigma of leprosy. That documentary won the Enzo Baldoni's prize in 2006.

The documentary 'È stato morto un ragazzo' about the death of Federico Aldrovandi a 18-years-old guy died during a police check, that was presented at Giornate degli autori of the 67th edition of Mostra del cinema di Venezia and he won the Vittorio De Seta's prize (Bari, Jenuary 2011) and the David di Donatello.

It was broadcasted on RaiTre and now it's online for free with 300 thousand views.

His next work 'Non mi avete convinto' is about the politically and human figure of Pietro Ingrao, ex president of the Chamber, leader of the ex-communist party, maybe 'the most beloved politic and the less powerful' since the post-war period.

It was presented in September 2012 in Venezia at the 69th Mostra del cinema (Giornate degli autori). That film came out on dvd and has sold over 10 thousand copy and was successfully submitted at Cineindie in Padova, in BariBifest, winner of Marcellinno De Baggis Taranto, Biografil Festival in Bologna, Del racconto, il film in Puglia.

His last work is 'Meno male è lunedì', story of jobs and freedom set in the factory of the prisoners of Dozza in Bologna. It was presented in world preview at the 9th Festival Internazionale del Film di Roma (2014). On Tv at the 19 November on LaEffe. From December 2014 in theatres.